Between 1993 and 2011, fans of the National Basketball Association were able to play their favorite hoops in NBA Jam, an arcade-turned-console game franchise. And although the series has been superseded by NBA2K, it continues to hold a special place in the hearts of many sports fans due to its wacky graphics and memorable announcements. On August 30, Converse is set to bring a piece of the game in the form of shoes with three collaborative pairs.

Comprised of a Chuck 70, Pro leather, and an undisclosed third silhouette, the next capsule features logos and slogans that will immediately transport wearers to the heyday of NBA Jam. The traditional canvas model indulges in a cropped-inspired brown complemented by an enlarged version of the video game logo. In contrast, the all-leather option features a predominantly black aesthetic that’s overshadowed by both the pixelated frame attached to the side chevron logo and the teal â€œHE’S ON FIREâ€ message just before Converse’s iconic branding. The sole units on both proposals allow the upper half of the shoes to revel in the spotlight, though the Chuck 70’s comes with an all-blue outsole. It’s unclear which is the third pair included in the collaborative project, but it will likely be a modern basketball shoe (possibly the Converse G4).

Enjoy the official images of part of the collection below, and anticipate a release via Converse.com August 30.

For more form under the umbrella of NIKE, Inc., the Air Jordan 1 Mid has recently appeared in a handful of compelling styles. 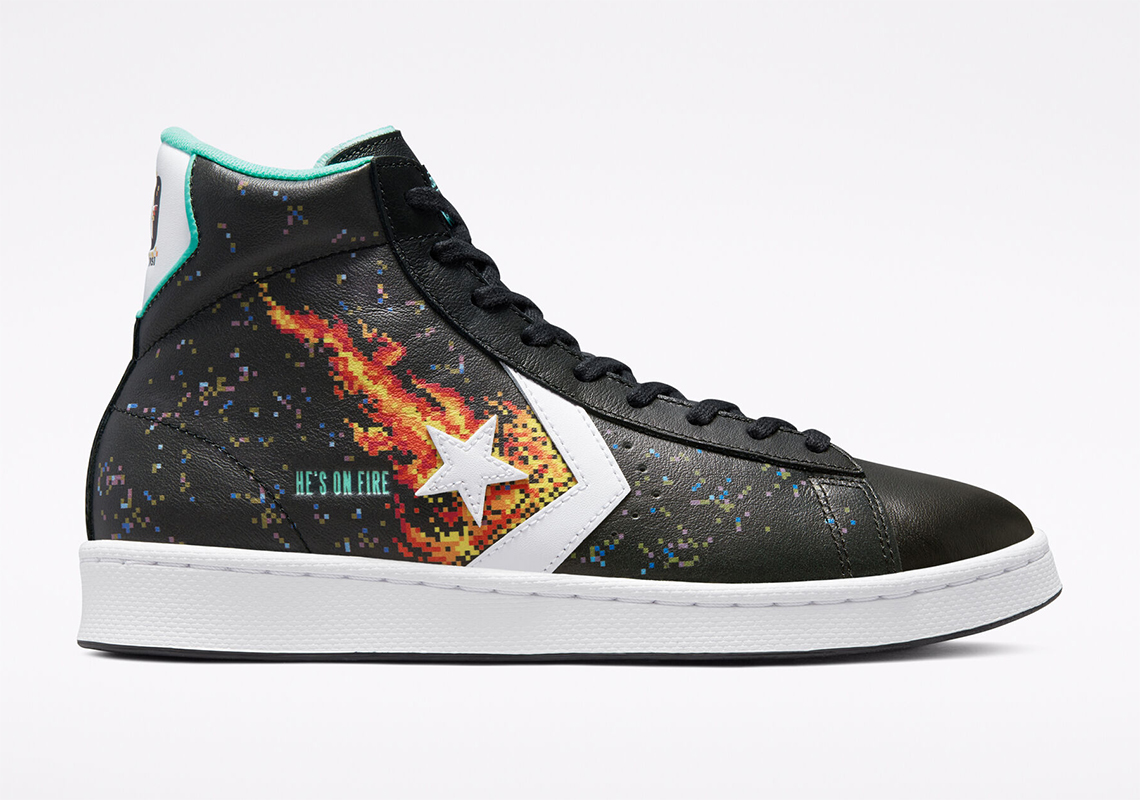 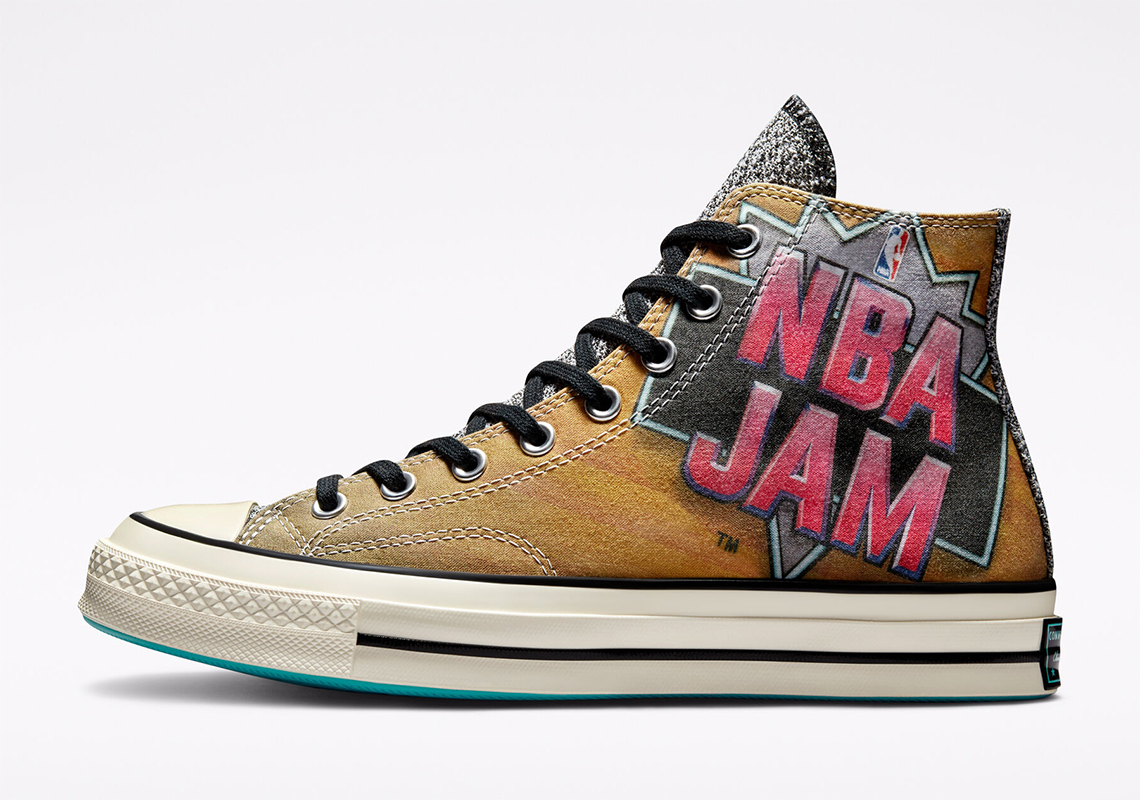 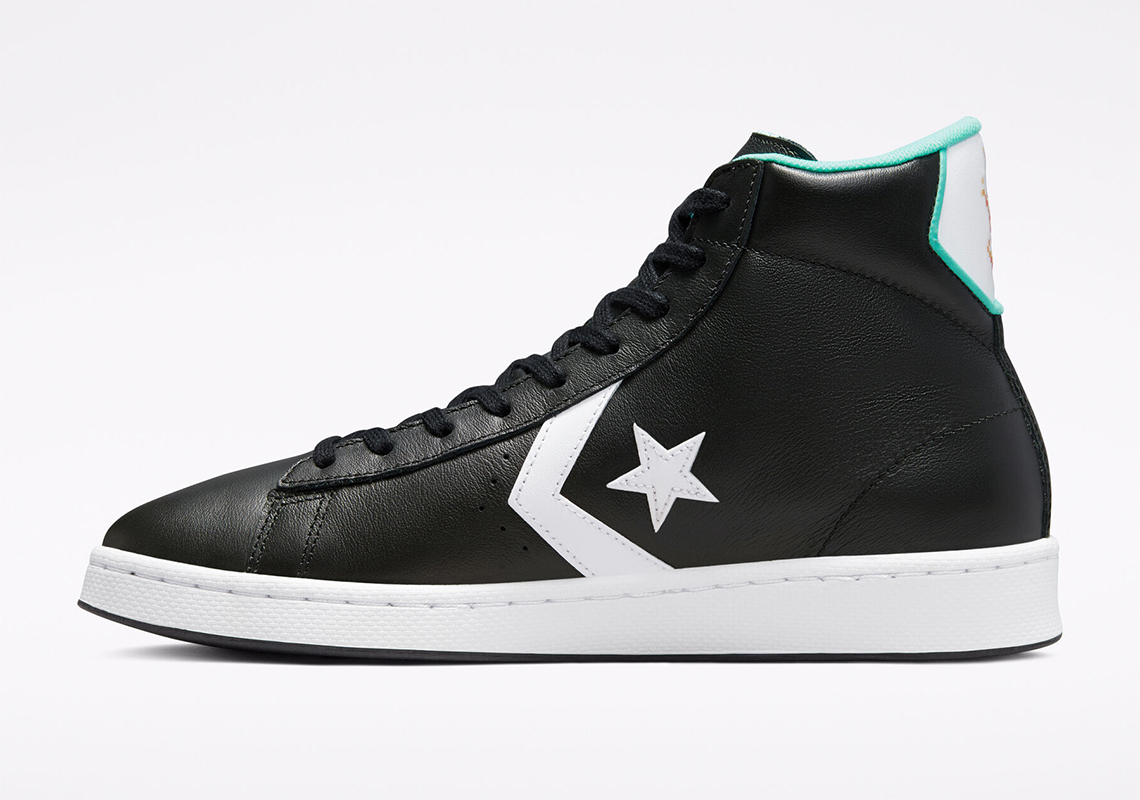 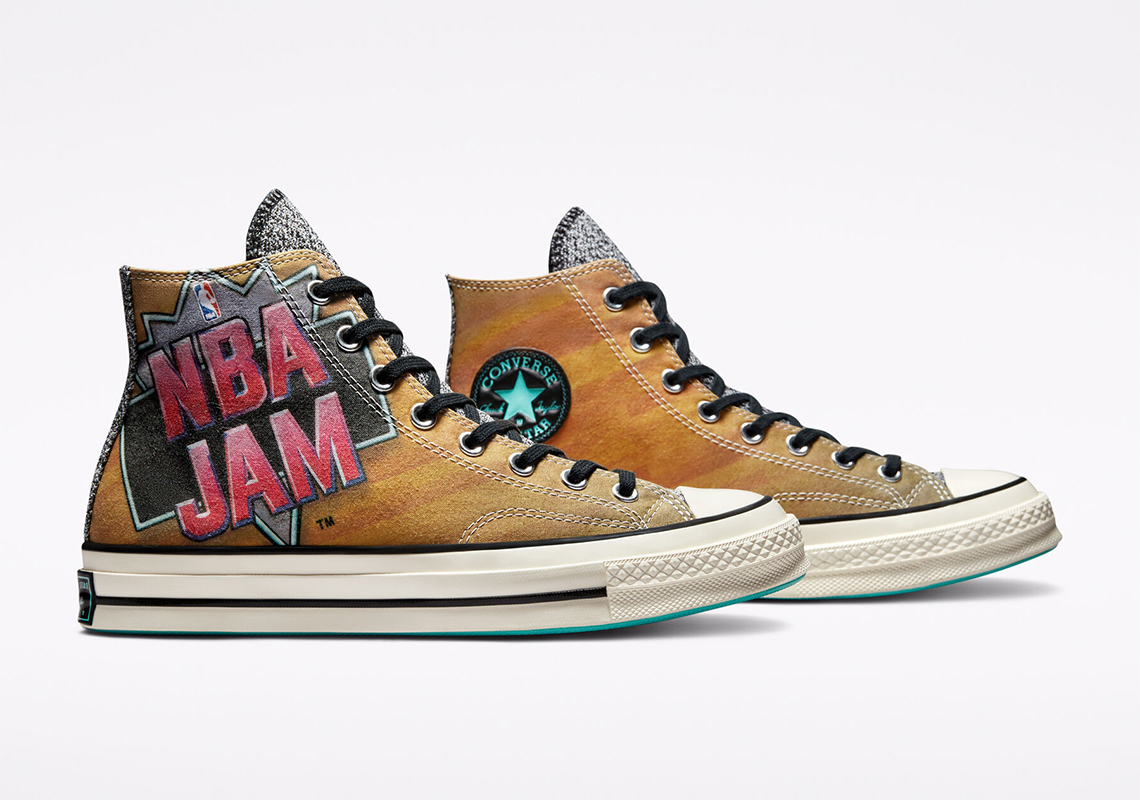 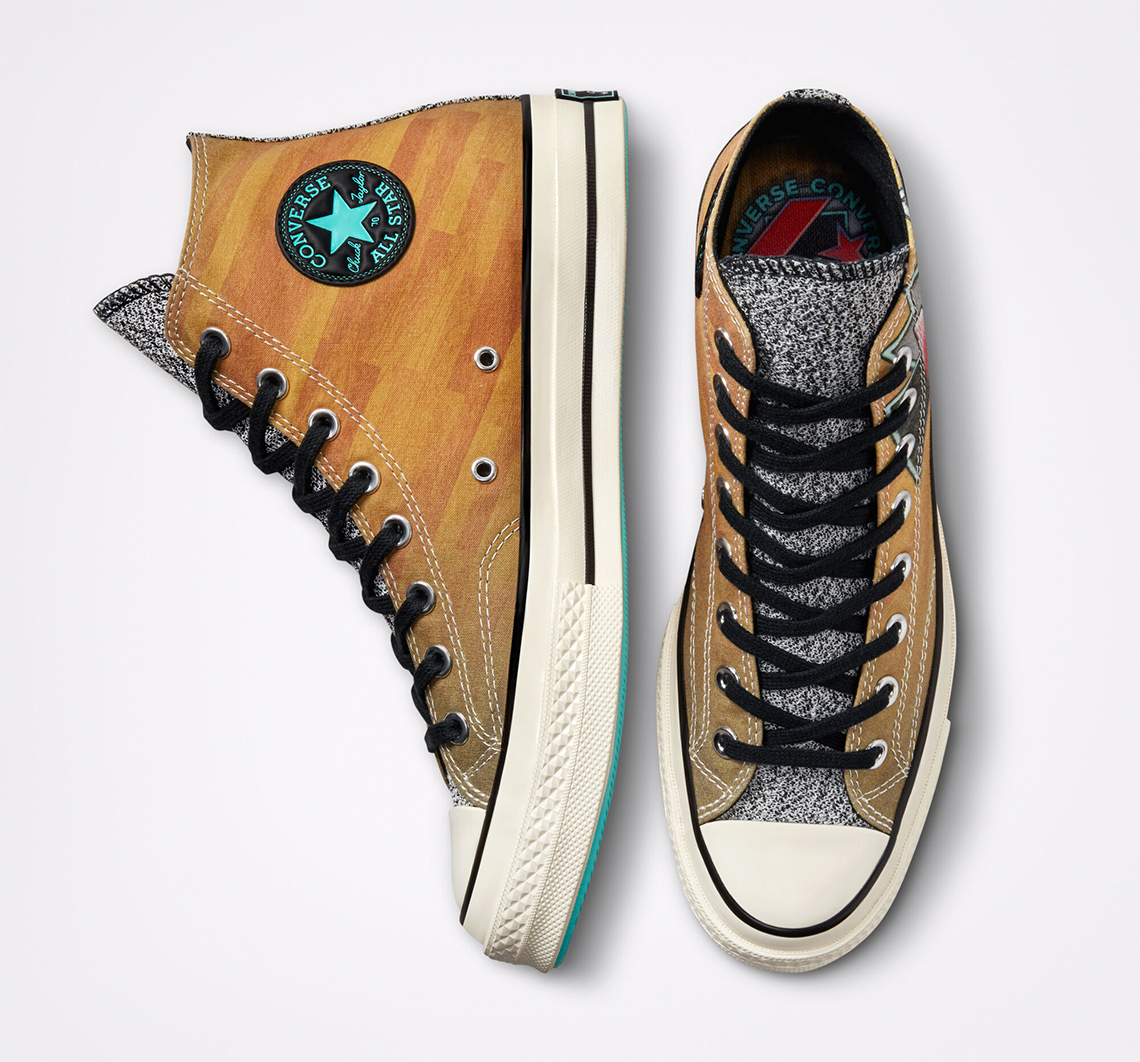 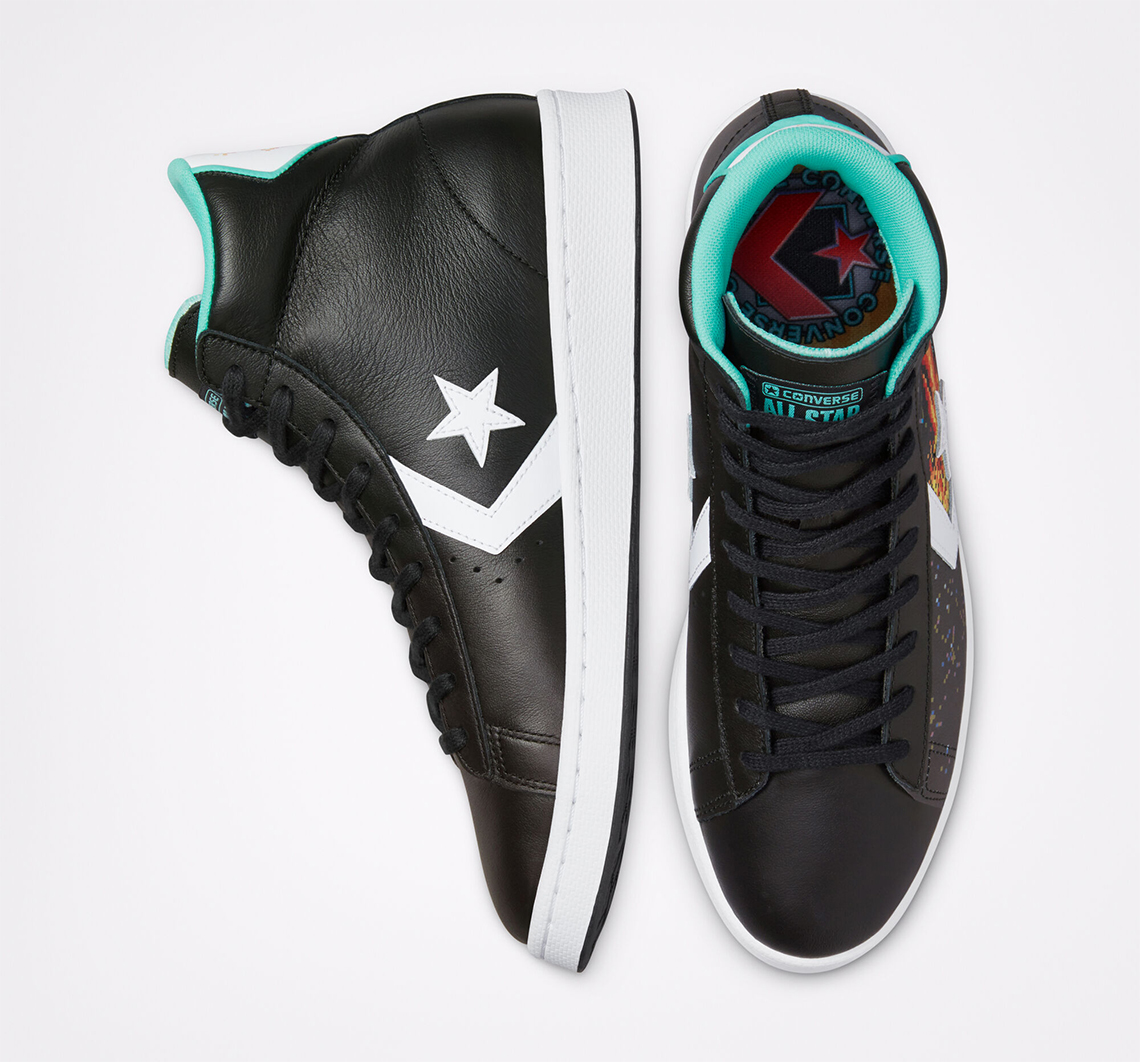 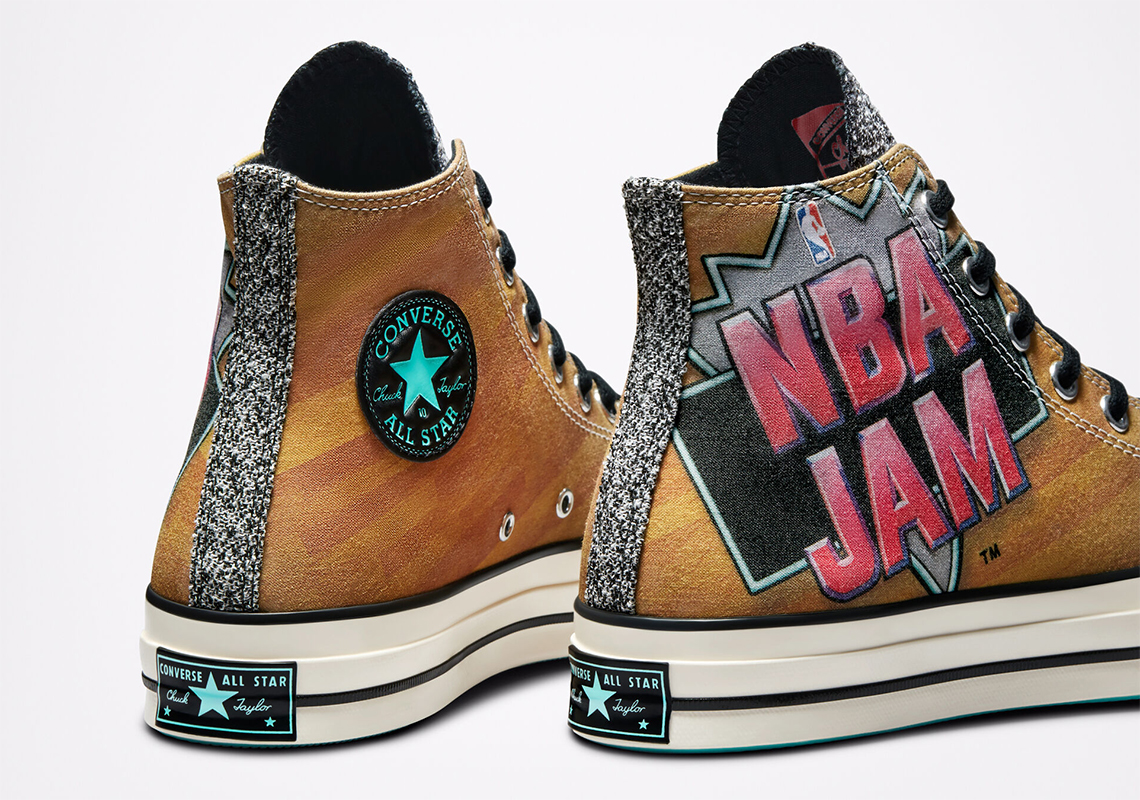 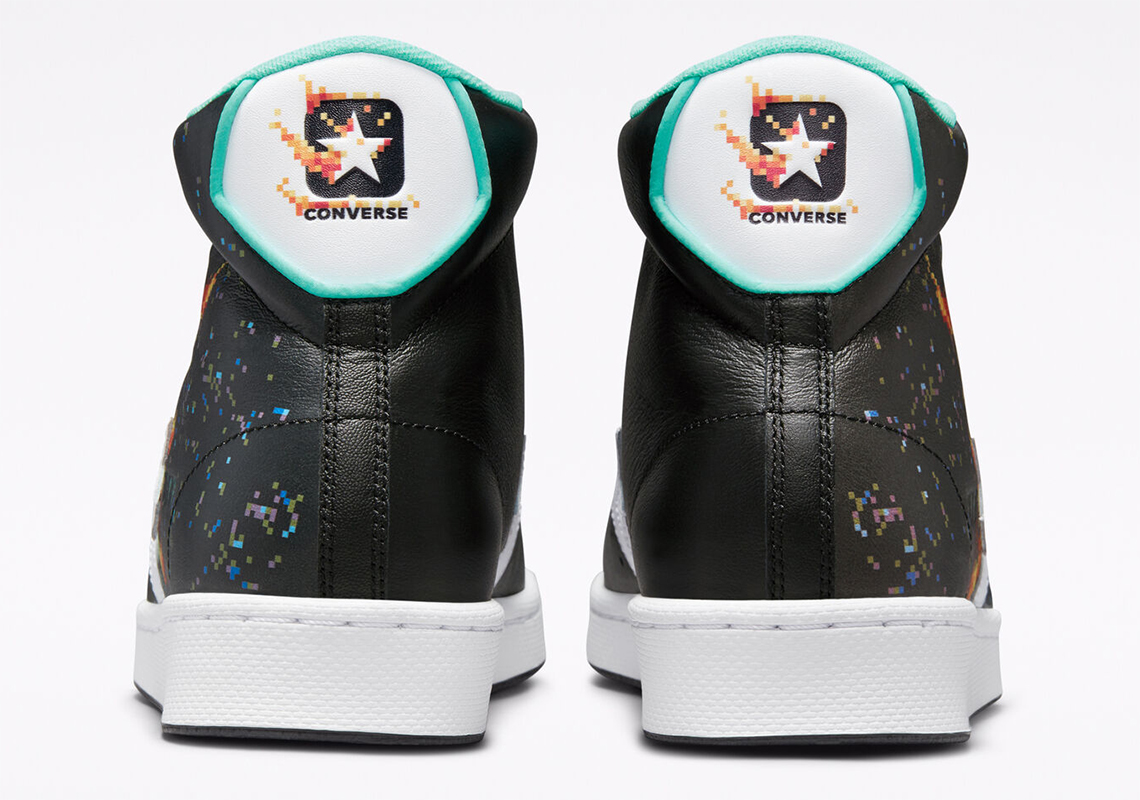 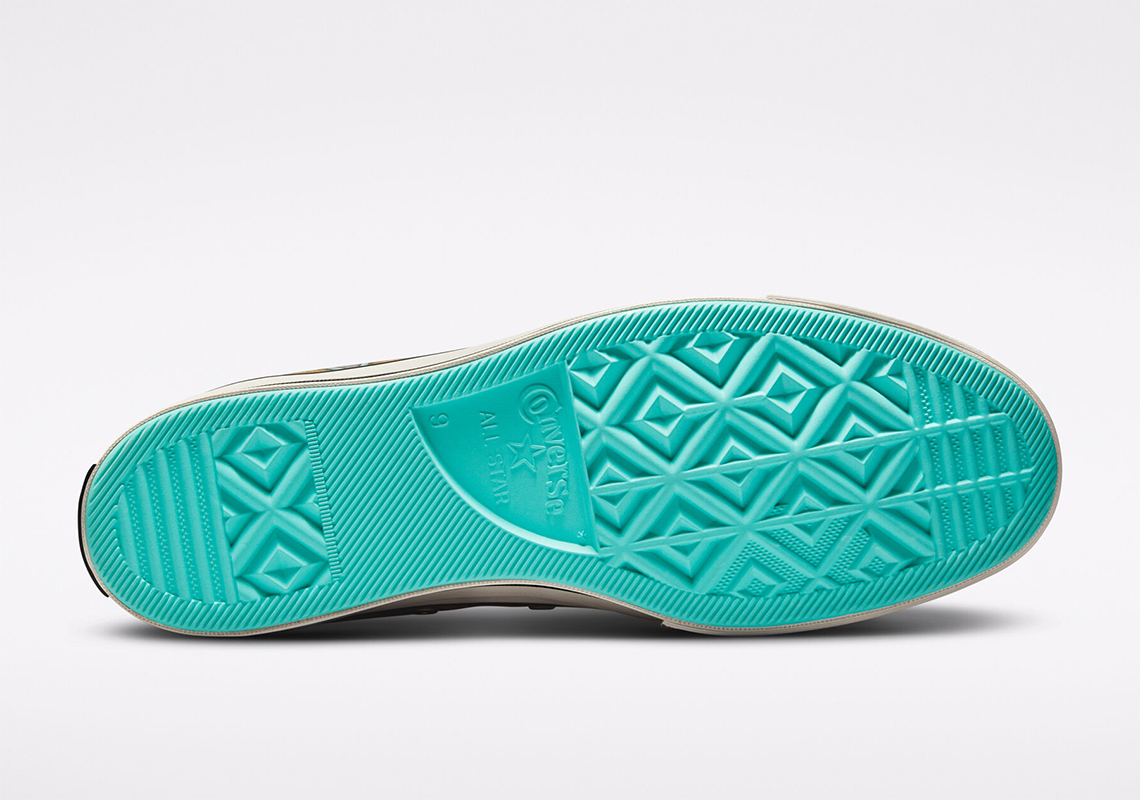 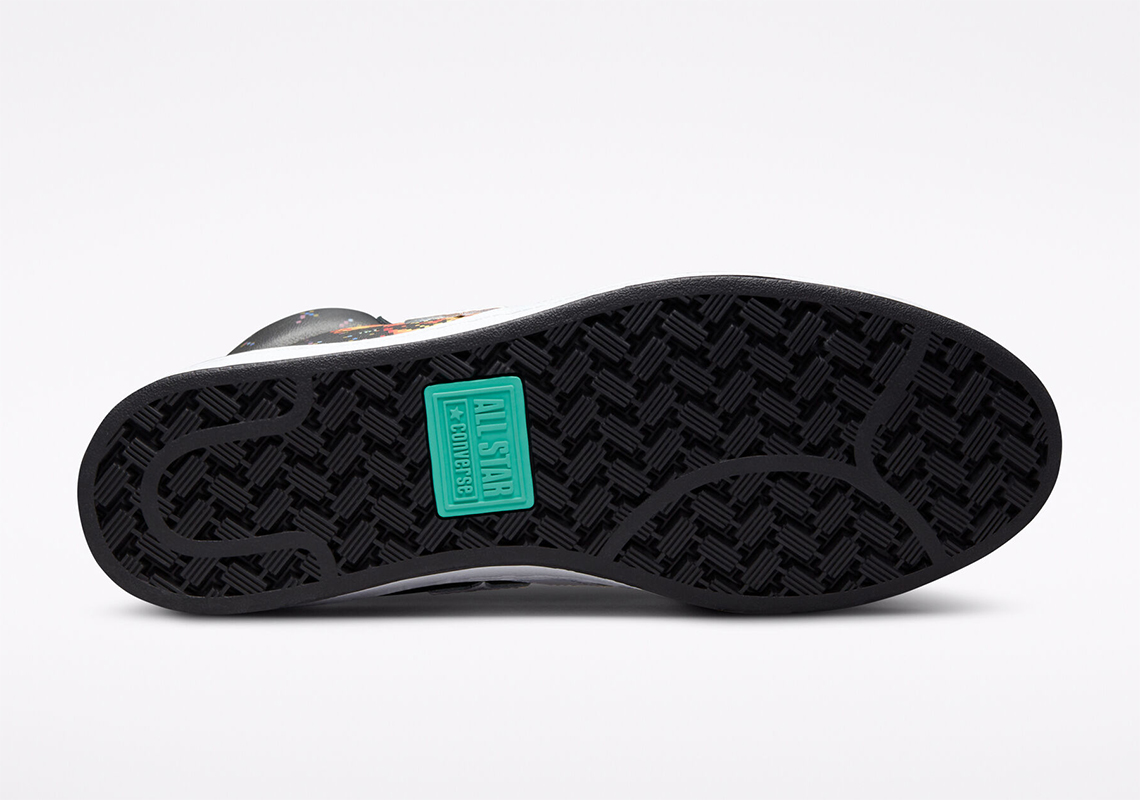