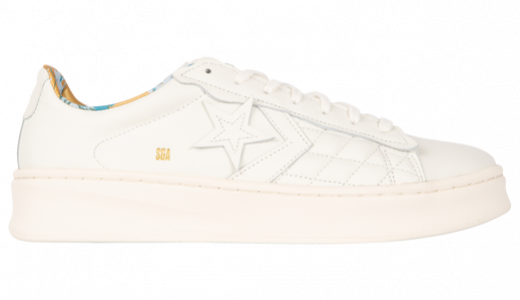 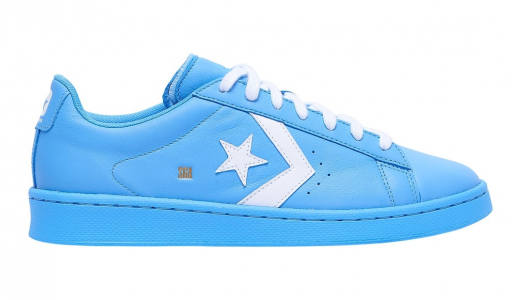 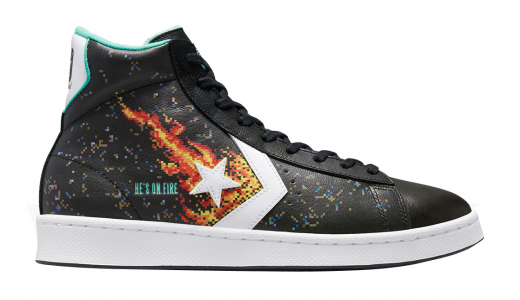 NBA star and sneaker fan PJ Tucker will be getting his own take on the Converse Pro Leather Hi.

Dubbed PJ Tucker x Converse Pro Leather Hi Out Tha Mud, the collab is inspired by his lover for the game that started in Raleigh, North Carolina, where he was getting shot in the backyard.

The PJ Tucker x Converse Pro Leather Hi Out Tha Mud comes dressed in a White leather base offset by the hairy suede overlays and Converse branding to the sides. Notable details include “OTM” (Out Tha Mud) etched in metallic gold referencing the time PJ was shot in his backyard and had mud stains on his only pair of sneakers he had for the year. Growing up in North Carolina, Tucker dreamed of playing at UNC, which is pictured on the left tongue tag and Burnt Orange is seen on the right tongue tag where he eventually landed playing for the University of Texas where he won the Big XII Player of the Year. Other features include an aged sole nodding to the mud stains on his sneakers growing up.

Retailing for $95, the PJ Tucker x Converse Pro Leather Hi Out Tha Mud will first drop January 22 at a pop-up in Miami, followed by an online release on The Better Generation app, of which 17 pairs of this online release will be signed by PJ Tucker himself and will be shipped randomly. A wider release will take place on January 28 via Converse.com and Foot Locker.