Throughout the 90s, Michael Jordan was able to show off a plethora of amazing Air Jordan designs. All of these shoes were created by Tinker Hatfield, and they were all a reflection of the times. Starting with the Air Jordan 5 in 1990, we came across an iconic shoe that featured shark teeth on the midsole and a plethora of timely colorways. A year later, the Air Jordan 6 proved incredibly popular among fans and ultimately led to MJ’s first NBA title.

With Jordan in the hunt for a second straight championship, Hatfield gave him the Air Jordan 7 which is one of the most encapsulated ’90s silhouettes to ever come out of Jordan Brand. The shoe has a unique geometric design that lends itself to a host of amazing offerings. The 90s were known for being colorful, and Jumpman always made sure to bring those colors and design philosophies to the AJ7.

From the 1992 NBA Finals to the Barcelona Olympics, the Air Jordan 7 holds an important place in Michael Jordan’s history. With that said, we decided to count down the top five Air Jordan 7 colorways to celebrate the shoe’s 30th anniversary.

The Air Jordan 7 “Flint” is by no means an OG colorway, however, it is a color scheme that fans have always been drawn to. The “Flint” Jordan 7 originally released in 2006 and got its very first retro last year. As you can see in the photo above, the shoe has a gray nubuck base with white leather overlays. The Jumpman logo on the side is purple and when you put all of these together you get a clean and fantastic Air Jordan 7 colorway that can be worn all season long. There’s a reason fans were eager to see this retro, and it’s nice to see that Jordan Brand finally delivered. Next on the list is a handsome retro called “Cardinal”. It’s one of your most basic Jumpman color schemes, but it’s such a beloved aesthetic that you really can’t fault Jordan Brand for planting it on every silhouette. The shoe is known for having a clean white leather upper, while the midsole is dressed in black and red. These colors are an obvious reference to the Chicago Bulls, but what really sets this shoe apart is the fact that there are gold highlights on the back heel tab and the Jumpman logo. It’s a shoe that’s set to return this year, and longtime fans can’t wait to get their hands on a pair. 1992 was an incredible time to be an American basketball fan as the United States was able to field an Olympic team filled with NBA superstars. Almost every player on the “Dream Team” was a future Hall of Famer, including Michael Jordan who helped lead this team to victory. Of course, Jumpman had to seize the moment and create a special pair of shoes for the event. This is how the Air Jordan 7 “Olympics” came to be. This is a sneaker filled with patriotism as we come across a white leather upper and silver overlays. The patriotic vibes are then found on the tongue, rear heel and midsole as we get blue, red and even gold tones. It all comes together in a memorable colorway that fans have always loved. 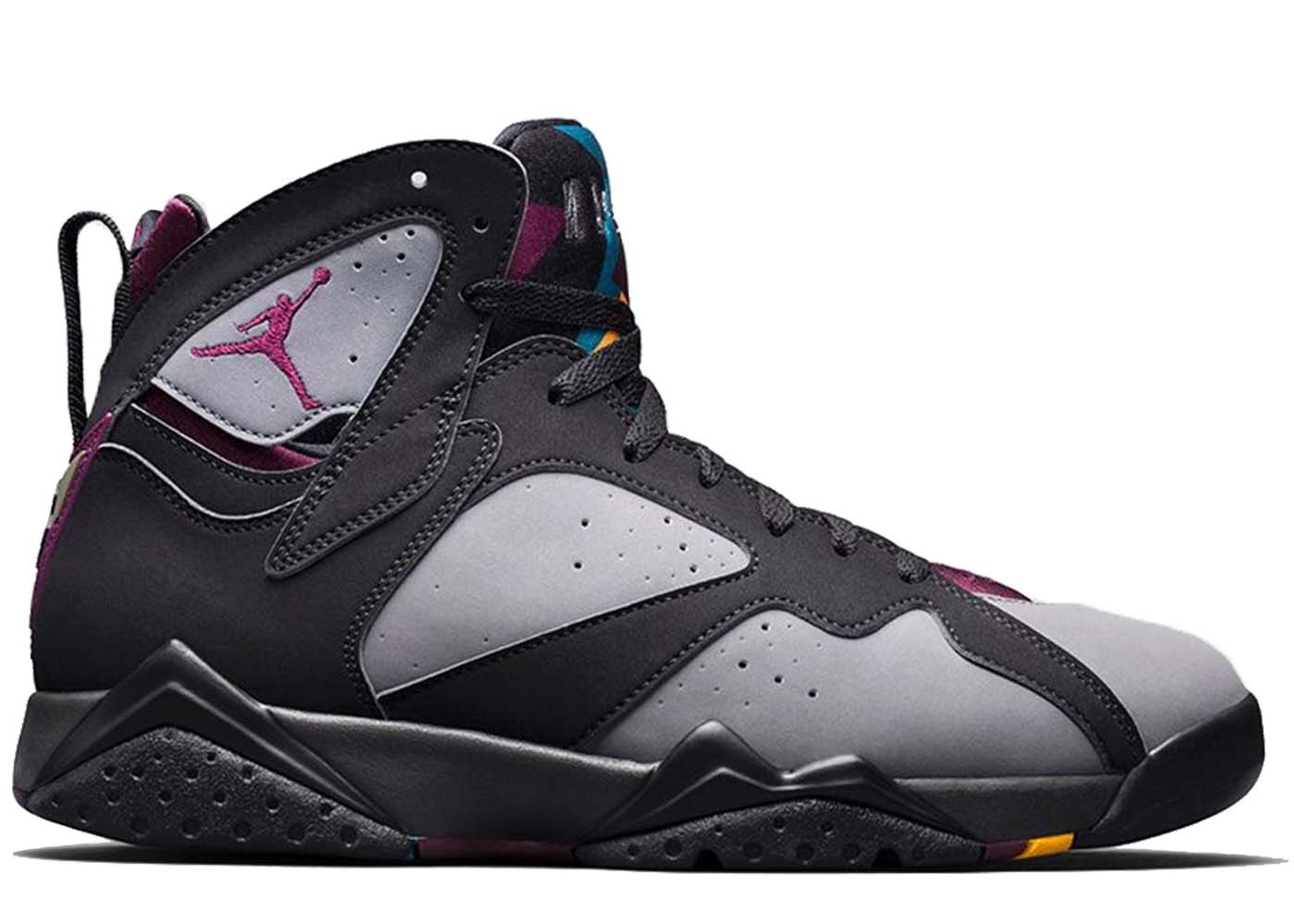 If you’re a big fan of the Air Jordan 7, then you’ve probably owned the “Bordeaux” colorway at one time or another. The Jordan 7 is the first time we’ve seen the “Bordeaux” aesthetic on a Jumpman sneaker, and it was definitely an amazing first impression. On the surface, the colorway looks pretty basic. The base is gray while the overlays are black. Where this shoe really shines is on the tongue and back heel. Here we have the beautiful “Bordeaux” purple tone which is divided into geometric shapes. This gives way to a contrasting blue and even yellow. These colors embrace the ’90s beautifully and if there was one colorway that could represent this silhouette, it would be ‘Bordeaux’. 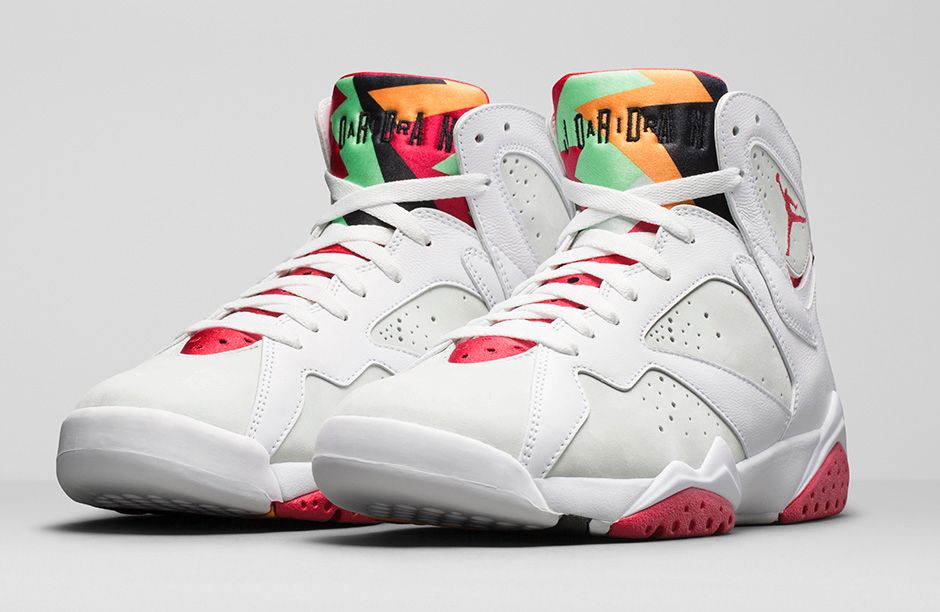 Number one on our list goes to the “Hare” colorway. Some might find it an odd choice at first glance, however, it’s solid once you consider the whole story behind it. Most people think that MJ’s first foray into the world of Looney Tunes dates back to 1996. space jam but it was actually in the 1992 ad for this sneaker. The commercial featured Michael Jordan and Bugs Bunny, hence the name “Hare”. Again, this is one of those colorways that just screams “the 90s”. To complement the mostly white upper, we get a tongue filled with red, yellow, black, and even green for good measure. These elements blend together beautifully and overall this is one of the best shoes Jumpman released in the 90s. While some would say “Bordeaux” is better, this shoe just looks more clean in the field, which gives him that final advantage.

Let us know your favorite Air Jordan 7 colorway in the comments below.